UFC welterweight Mike perry Perry left The Antel Arena in Uruguay with one of the worst broken noses in ufc history.


Mike perry tepped into the octagon at UFC Fight Night with highly-rated fighter Vicente on yesterday.
And it turned out to a gruesome co-main event, with both fighters somehow going the distance after a bloody and brutal bout.
Dana white UFC president and a number of other big names reacted to the brutal injury on twitter. "Easily worst nose break I've seen in a fight ever. Perry and Luque are tough as hell." said one Twitter user.
Another tweet : "Mike Perry's nose is on his cheek, what a disgusting injury!"

Vicente Luque and Mike Perry leaving it ALL in the Octagon at #UFCUruguay – how'd you score it? ???? pic.twitter.com/29qYMI92QX


If you’ve ever been tempted to get into MMA, just take a look at what happened to Mike Perry’s nose after his #UFCUruguay fight against Vicente Luque ???? pic.twitter.com/AullgEIUwH


Good morning everyone, how’s the hangovers? Could be worse you could be Mike Perry’s nose pic.twitter.com/gUYQYTTMrj


UFC posted interview with lingue after the fight :
According ESPN confirmed that the27 old year perry was taken to a near hospital for a CT scan after his team indicated he was having trouble breathing after the fight. Well, at least Perry left the Antel Arena with something other than a nasty broken nose. 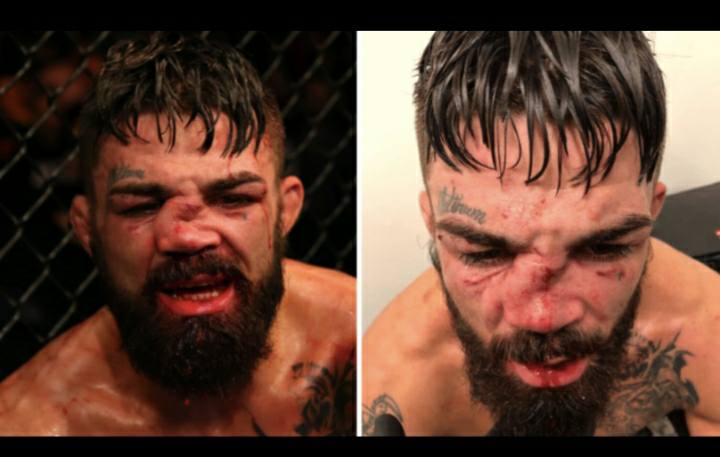 Diego Maradona Has Passed Away Age 60 After Cardiac Arrest