The moroccan no wasted time in making his mark on his UFC debut, producing a vicious first-round knockout over Teemu Packalen at UFC 242.

The Moroccan lightweight flattened his opponent in the very first round to record a stunning UFC victory.
An good performance by the othman azaiter, who improved his MMA record to 12-0 with the win.
Here's some reaction from twitter: 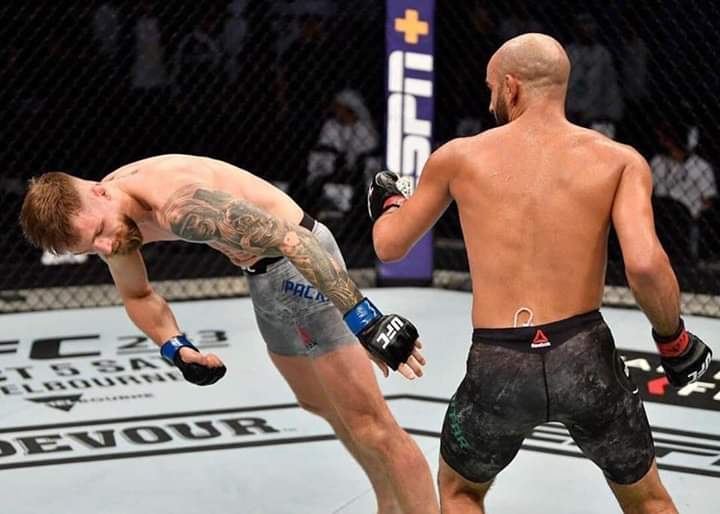