The 23-year-old is willing to turn down Manchester United and Barcelona as he waits for Liverpool to activate his 52 million euro release clause.
RB Leipzig striker Timo Werner has impressed in his four seasons with the Bundesliga side and has scored 21 goals in 23 games in the league this season.
That form has alerted some of Europe's elite to him and he is available for just £51 million because of a release clause in his contract. Manchester United and Barcelona have already made enquiries but, according to the Athletic, he is ready to wait for Liverpool to make an approach.
The release clause for Werner is only valid until the end of April, meaning that any side would have to pay more if they waited until the summer, and the report says Liverpool would make an approach sometime next month, should they decide to make the move.
March is when the Reds started making moves for both Fabinho and Alisson in recent years, when they'd put in excellent performances for Monaco and Roma respectively.
However Transfermarkt journalist Nicolò Schira claims that the Premier League leaders have already been in contact with the Germany striker and offered him an €8 million + bonuses a year deal until 2025.


#Liverpool have offered to Timo #Werner a contract until 2025 with a wages of €8M + bonuses a year. Talks ongoing to finalize the deal. #transfers #LFC https://t.co/6QPL1SYvuV


Jurgen Klopp's team might lead the Premier League by 22 points and look unstoppable but the manager is already looking at building the next phase of his side.
With Mo Salah and Sadio Mane turning 28 before the end of the season and Roberto Firmino turning 29 by the end of the year the German is looking to add more youth to his front line.
In the short term Liverpool will also have to deal with losing both Salah and Mane for the African Cup of Nations next January, whilst the Egyptian could also miss the start of the season for the Olympics.
United missed out on Erling Haaland to Borussia Dortmund in January and are desperate to add to their attacking options after selling Romelu Lukaku last summer and failing to replace him.
Barcelona have spent big in recent years to improve their strike force but with Luis Suarez's advancing years and injury troubles to Ousmane Dembele and the Uruguayan they've still had to bring in Martin Braithwaite as an emergency signing this month.
Klopp could strengthen his own side whilst denting the ambitions of both a domestic and European rival. 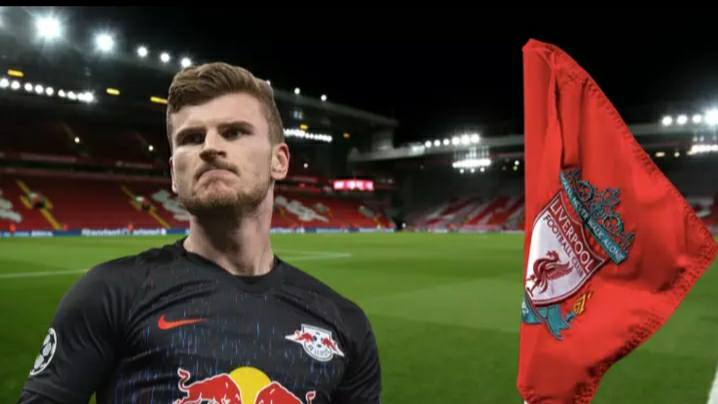 PSG Have Made An Approach For Juventus Forward Paulo Dybala