Advertisement
Barcelona's Offer To PSG For Neymar Includes four Players, No Money
Blaaugrana have reportedly offered an outrageous deal to PSG for NINO NEYMAR that includes no money but the choice of three players from a list of four players.

According to our information, @FCBarcelona has not offered any money to @PSG_inside for @neymarjr. Barca offered this deal: In exchange with Neymar PSG could choose three of the four players from the quartet Philippe Coutinho, Dembélé, Samuel Umtiti and Nelson Semedo @BILD_Sport

Neymar remains subject to intense transfer speculation as his days in Paris appear to be numbered and recent reports suggest a bid has been tabled for the talented Brazilian.
According to  outlet Bild German, Barça have offered a stunning swap deal in exchange for Neymar. paris saint germain  could choose three of the four players from the quartet brazilian Philippe Coutinho or Ousmane Dembélé and  Samuel Umtiti , Nelson Semedo.
Coutinho and Dembele have been heavily linked with a move away.
Manchester United,Chelsea and paris saint germain are believed to be keeping tabs on philipe. Dembele, who cost Barcelona £97 million, has also attracted interest from paris saint germain.
The PSG giants could get their hands on the two attacking players with Barcelona prepared to swap them for nino neymar.
Manager of paris Thomas Tuchel also has two defenders to pick from in the shape of Umtiti and Semedo. The addition of Umtiti could sure up his defence while Semedo would give him cover at right-back following the departure of Dani Alves for free.
Paris saint germain director sporting  Leonardo has confirmed that Nino nemar can leave this summer if they receive the right deal.
"It's clear to ecerybody "Neymar wants to leave". But in football, you say one thing today and tomorrow another etc. It's amazing but it's like that," Leonardo said.
Leonardo said salso :"The position is clear for all. But one thing is concrete today: he still has three years of contract with PSG. And since we have not received an good  offer, we cannot discuss anything.
Leonardo said  :"We have not received any offers. But we had, it's true, very superficial contacts from fc BARCELONE.
Leonardo continue said  :"Neymar can leave paris saint-germain if there is an offer that suits everyone. But to date, we do not know if anyone wants to buy it or at what price."
The 27 year old neymar  has landed himself in hot water with paris saint germain after failing to turn up for pre-season training.
The club will take "appropriate action" against the neymar amid uncertainty over his future. 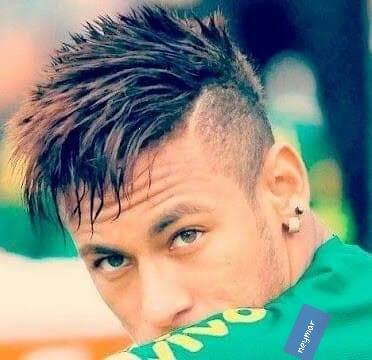