HOME The Last Dance was a biased documentary, but the criticism is starting to get out of hand
Advertisement

The Last Dance was a biased documentary, but the criticism is starting to get out of hand

The Last Dance was a biased documentary, but the criticism is starting to get out of hand.

The Last Dance was, without a question, a biased documentary. However, lately the criticism surrounding this seems absolutely ridiculous. They told the whole story, didn't fabricate anything significant, didn't gloss over anything significant either. However, there was definitely small details that was presented in a one sided way, but nothing that changed the way we already looked at Jordan or the Bulls.

I seen people call it nothing but a propaganda tape and MJ commercial. People say MJ has "the entire plot under his full control" and "gets finals say on whats included and not" etc. People say he is trashing his former teammates while making himself look like a god. That they gloss over his negatives while not doing the same for his teammates.

Are we even watching the same documentary?

They covered Jordan being an asshole to teammates, teammates being scared of him, gambling issues, missed game winners, the turnover in '95 that cost them a series, getting game winners scored on him by Armstrong and Miller, Jordan struggling in the '96 finals etc. What specifically did they exclude from the doc that was so important? Cause according to the creator Jordan didn't ask to have a single thing excluded.

Did they let MJ comment on all these things to explain himself? Yes. Did they give that same opportunity to everyone else in the doc? Yes they did.

Pippen got the opportunity to explain why he refused to enter the court and decided to say that he would do it all over again if given the chance. At that point its Pippen that makes himself look bad, has absolutely nothing to do with the documentary trying to give a biased view.

They gave the man plenty of praise and they totally covered his bad contract, Jordan was very clear that they have no success and there is no Jordan without Pippen, his awsome road to success from such a poor upbringing etc. Same with Rodman. Were you guys even watching?

Fact of the matter is that Pippen also had some questionable moments in his career. Should those have been glossed over? THAT would be biased if anything. They included his bad moments just like they did with Jordan and Rodman as well. Which is 100% fair.

Then you have people pushing the narrative that Jordans teammates has been coming out to set the record straight. Who was it again? Oh Craig Hodges and Horace Grant, the only two guys who were already pissed at the doc for other reasons (being excluded/being called a snitch). Grant saying the doc is "90% BS" should definitely be taken with a grain of salt.

What about the rest of the teammates, who took part in the actual doc, and said that they understood what Jordan was trying to accomplish and that he was pushing them? All the footage in the doc where his teammates were just laughing it off when Jordan talked shit? Lets pretend those dont exist.

And for all the people saying Jordan was "just" an asshole. Watch the doc again. Listen to his teammates. They disagree with you.

Fact of the matter is, most documentaries are biased, they are all pushing their agenda. If you think that Tiger King wasn't presented in a way that would make you sympathize with Joe Exotic and hate Carol Baskins then you are completely fooling yourself.

This documentary was a biased view on Jordan and the 90's Bulls. Not worse than that. Its not propaganda, and its not trying to paint any teammates of his in a bad light, and it doesn't try to gloss over the negatives about him.

Does it make you think than Pippen was a bum and Jordan carried those teams while acting like mother theresa the whole time? If thats what you wanted to see then yes. 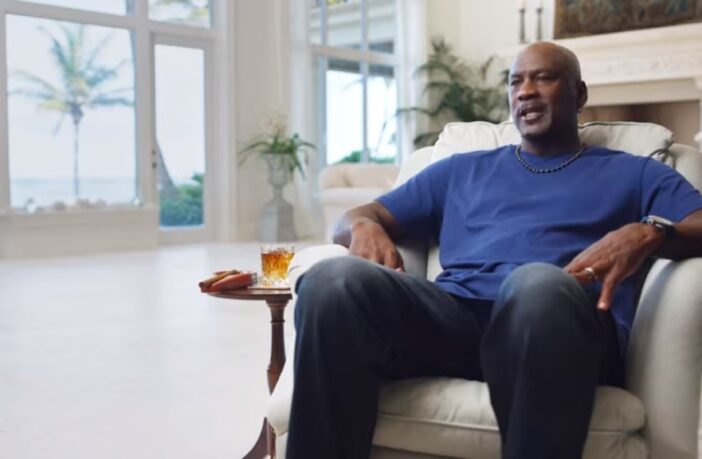