Qatar are through to the Asian Cup final for the first time in their history thanks to a 4-0 win over hosts Emirates, continuing their run of not conceding a single goal in the tournament.?

Emirates had the benefit of greater backing in the stands, yet on the pitch a well-organised Qatar made the most of their chances and then held firm at the back, as has been their plan throughout this year's competition.?

Poor goalkeeping allowed Qatar to take the lead through Boualem , but their second was a moment of brilliance from tournament top scorer Almoez Ali, who grabbed his eighth goal to extend his team's advantage.

Due to their desperate situation, UAE unsurprisingly spent most of the second half on top, but Qatar remained solid defensively and late goals from Hasan Al Haydos and Hamid Ismaeil emphatically booked their place in Friday's final with Japan.

The lively Qatar deservedly went ahead in the 22nd minute, when Boualem darted up the right flank and finished into the bottom-far corner from just inside the area, with goalkeeper Khalid Eisa Bilal allowing the ball to squirm beneath him.

Eisa was given little chance for Qatar's second, however, as Almoez sent a fine curling effort in off the bottom of the right-hand post with 37 minutes on the clock.

Qatar eventually put the game beyond their opponents nine minutes from time - Hasan producing an exquisite dinked finish to beat Eisa when in the clear, with the goal followed by UAE fans throwing numerous bottles at the players as they celebrated.

Things got even worse for UAE in stoppage time, as Ismail Ahmed was shown a straight red for swinging an elbow into the face of Salem Al Hajri, while Hamid made it 4-0 soon after, netting on the break. 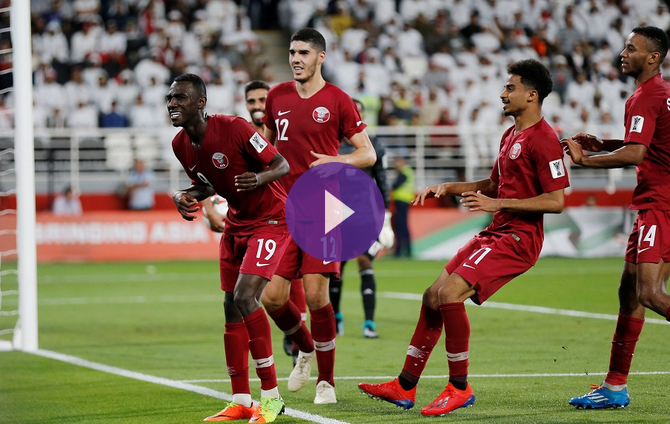 goalkeeper city Produces Save Of The Season Contender Against Crystal Palace