The morrocan international has scored 8 goals and assisted 20 so far this season and it's only December. Hakim zyech midfielder of ajax Amsterdam has seen key teammates such as Frenkie de Jong leave in the summer to fc Barcelone but it's not stopped him continue his great performances.
Ajax amsterdam are top of the Eredivise by six points and are yet to be beaten this season.


It's December 3rd and Hakim Ziyech has already made 20 assists and scored 8 goals this season. ????


The dutch club are also top of their Champions League group by 10 points and look certain to qualify for the next round.
Hakim has been a key part of ajax amsterdam success over the last few years in eredivisie and champions league.
Zyech joined the ajax giants from FC Twente for a paltry 11 million £. After this transfert , he has gone on to become one of the world's most sought after midfielders.


This pass from Hakim Ziyech is a thing of beauty. You can never get tired of watching this.????pic.twitter.com/Ed3f5cKBUD


Last week also saw him whip a delicious ball in for Quincy Promes to bury against Lille in champions league game (2-0).

The footwork, the skill, the delivery...


One stand out moment this season also came in their Champions League group.
It came in Ajax's crazy 4-4 draw with Chelsea in November.
Although the goal was registered as an own goal from Chelsea keeper Kepa Arrizabalaga, it came from Ziyech's absurd technique to bend a free-kick from a difficult angle and position. 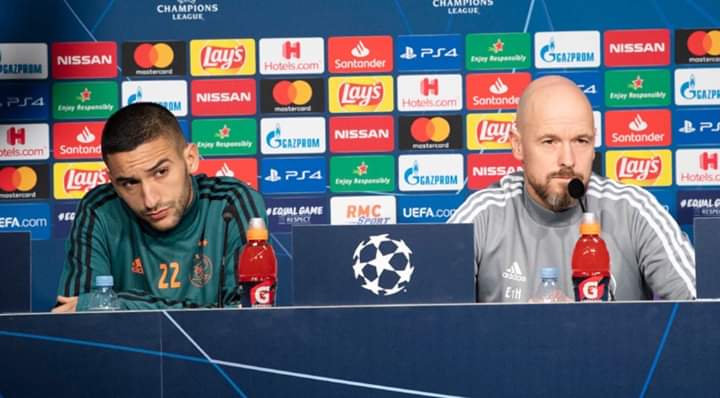 Difficult game for Alexandre Lacazette and arsenal against Borisov