Liverpool central defender Virgil van Dijk won Sunday night's prestigious player of the season award following the vote of the members of the players union (PFA). He succeeds his team mate Mohamed Salah and ahead of Raheem Sterling.


The title race is not yet over between Manchester City and Liverpool. In worse position than the Citizens, the Reds may be able to console themselves by seeing one of them win the title of best player of the season in the Premier League. Virgil van Dijk received this title through the Professional Players Union (PFA). The 27-year-old central defender has been rewarded for his great season, of course, and for his leadership role in England's best defense.

Recruited for more than € 80 million in January 2018 by Liverpool in Southampton, the colossus of 1m93 has emerged as the best defender central Kingdom. He is not only a monster in the air (he wins 77% of the duels of the head), he exudes serenity, commits few mistakes (only 4 yellow cards in all competitions this season!) And raises very cleanly. Its regularity is also put forward to explain the obtaining of this honorary title. A title he steals from Raheem Sterling, the other favorite, who received the trophy of best young.
A curse in Manchester City?

England's international Manchester City seems to have reached its fullness this season, and is decisive every 90 minutes on average. At 24, he was the driving force of the Citizens, along with Bernardo Silva and Sergio Aguero, also named for the title of best player. Indeed, the strong presence of Citizens in the list of nominees may have played against Sterling ... This is the second year in a row that a Liverpool player dominates a Mancunian since last season, Mohamed Salah was elected at the expense of Kevin de Bruyne, which annoyed Pep Guardiola.
Manchester City could be crowned champion without having the best player of the season according to the PFA for the second year in a row. Or is it a curse with this individual title, which has escaped the Mancunian club since its inception in 1973! Van Dijk becomes the fourth Dutchman to win the trophy, after Bergkamp, ​​van Nistelrooy and van Persie.
©Maxppp 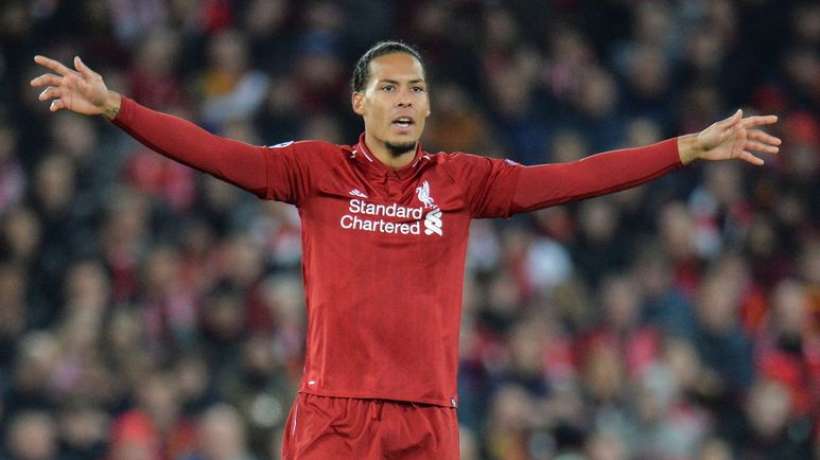 Guardiola Accuses Sadio Mane Of Being A Diver