Gunners have reportedly made contact with champions calcio over a potential deal to sign winger Moise Kean.
According Italian journalist Gianluca Di Marzio claims that the reigning juventus could be willing to do business at just £22.4m.
Moise, 19 old year, came through the youth ranks at Juventus and has emerged as one of the most highly-quality young attackers in serie A football since breaking into with juventus club scoring 7 goals in 17 appearances last season.

The 19 old-year has also scoring two goals in three games for the senior Italy side but his long-term future at the Allianz Stadium has been thrown into serious doubt.
Di Marzio claims that the Turin club are ready to cash-in on the teen starlet, as they look to balance the books following the big-transfer arrival of Matthijs de Ligt from Ajax Amsterdam .

According Di Marzio reports that the arsenal have made contact with champions serieA to express their interest in signing moise kean, although they Will also face plenty of competition from the likes of sevilla, for the versatile frontman.
Borussia dortmand Everton are also reportedly interested in Kean, who scoring eight goals in 21 appearances for Juventus last season.

According Italian journalist goes on to state that Juve are willing to sell moise for between £22.4m – £26.9m – which could prove to be a bargain, although the juventus are also expected to add condition a buy-back clause in any deal.

The manager Unai Emery is in the market for another wide forward after Danny Welbeck left the club on a free, while the likes of Wilfried Zaha, Nicolas Pepe and Everton Soares have all been tipped to move to The gunners. 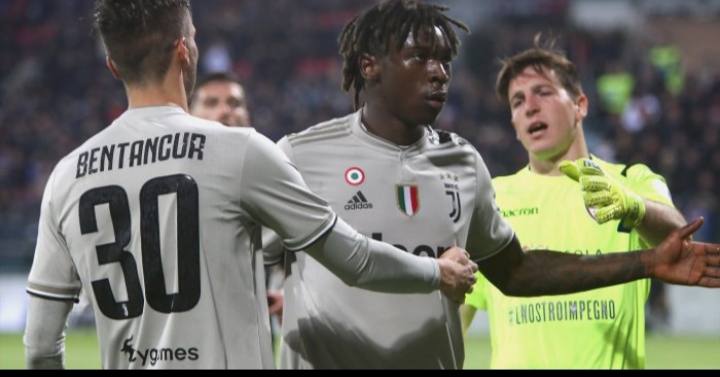