HOME Mason Greenwood Is The Future Of reddevils
Advertisement

Mason Greenwood Is The Future Of reddevils

The 17 old year is making a name for himself on manuo pre-season tour. The mason greenwood, who has already drawn comparisons to Robin Van Persie, scored his second goal in two games against Inter Milan on Saturday.

The 17 old-year goal was eventually enough to secure a deserved victory for coach ole solskjer men.
But before the full-time whistle blew, the United graduate pulled off a ridiculous piece of skill against a helpless Milan Škriniar.

Stop that, Mason Fans quickly took to social media to rave about the mason performance in Singapore.


It was incredible finish from the young lad, who has already been tipped by his manager to play a part in manuo first game of the season against Chelsea.


Solskjaer said. "He's got a chance to start that one. Yeah, definitely."
"He's capable, more than capable, and he'll always be there, in and around the box creating chances, and I won't say that's not a possibility.
"No, it's a good possibility if he keeps going as he does. Difficult to keep players out that perform well."
What do you think about this Young player ? 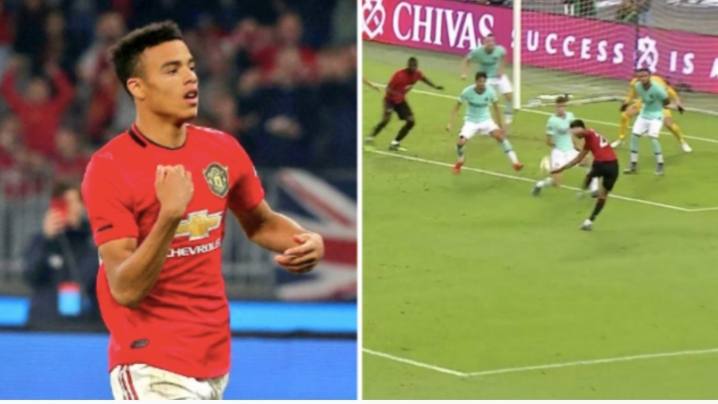 Premier League Table of the Decade

Neymar breaks down in tears after talking about messi