Advertisement
Red Devils have reportedly made  contact with Chelsea over a shock move for Tiemoue Bakayoko.
According to  RMC, the Manchester united  are ready to challenge PSG over the signing of the Chelsea midfielder Tiemoue Bakayoko.
And Red Devils face stiff competition as paris saint-germain sporting director Leonardo araujo has made an approach for the former Monaco star.
Araújo, previously worked at AC Milan as sporting director and engineered Bakayoko's loan deal from the Blues last summer.
French radio station RMC claims that Red Devils have show interest in Tiemoue Bakayoko and have contacted Chelsea directly over a possible deal for Bakayoko.
Milan had the option to make Tiemoue Bakayoko, 24-old, a permanent signing at the end of the season for 35 million EURO.
Tiemoue Bakayoko has returned to his Chelsea and has been in training since last week.
Chelsea MANAGER Frank Lampard, who was appointed last week, is expected to meet with the Tiemoue Bakayoko about his future following their pre-season tour in Ireland this week.
Manager of manchester united  Ole Gunnar Solskjær is still in the market for a midfielder after the departure of Ander Herrera to paris saint-germain.
While Tiemoue Bakayoko has struggled in the Premier League so far, Ole Gunnar Solskjær  looks ready to hand him a second shot should he move to Old Trafford.
Red Devils pre-season tour kicks off in Australia with matches against Perth Glory on 13th July and Leeds United on 17th July.
But Ole Gunnar Solskjær is far from done with his summer shopping in the window and recently said that the club are still "working on a case or two."
Should United sign Bakayoko? 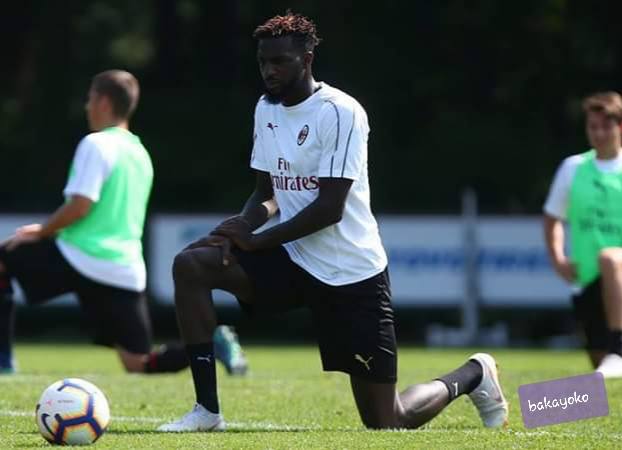