As you are no doubt aware, flour is out,for the most part, in low-carb cooking.Flour serves a few different purposes in cooking, from making up the bulk of most baked goods and creating stretchiness in bread dough to thickening sauces and “binding” casseroles. In lowcarb cooking, we use different
ingredients for these various purposes.
Here’s a rundown of flour substitutes you’ll want to have on hand for lowcarb cooking and baking:

Because fiber is a carbohydrate that we  neither digest nor absorb, brans of one kind or another are very useful for bulking up (no pun intended!) low-carb baked goods. I use different kinds in different recipes. You’ll want to have at least wheat bran and oat bran on hand both of these are widely available. If you can also find rice bran, it’s worth picking up, especially if you have high cholesterol. Of all the kinds of bran tested, rice bran was most powerful for lowering high blood cholesterol.

Finely ground almonds and hazelnuts are wonderful for replacing some or all of the flour in many recipes, especially cakes and cookies. Packaged almond meal is becoming easier to find the widely distributed Bob’s Red Mill brand makes one. It’s convenient stuff,and you certainly may use it in any of the recipes that call for almond meal. If you can purchase hazelnut meal locally, it
should also work fine in these recipes.
However, I prefer to make my own almond and hazelnut meal by grinding the shelled nuts in my food processor using the S-blade. It takes only a minute or so to reduce them to the texture of corn meal, after which I store the meal in a tightly lidded container. Why do I bother? Because the carb count is lower.
How on earth can that be? Because I grind my nuts with the brown skins still on them, while commercial nut meal is made from almonds and hazelnuts that are “blanched”—have the skins removed. Since the skins are practically pure fiber, the fiber count of my homemade meal is higher, and the usable carb count per cup is accordingly lower.
The carb counts in this book reflect my homemade, high-fiber meal; if you use purchased meal you’ll want to revise your estimated carb count a gram or two higher per serving.
It’s good to know that both almonds and hazelnuts actually expand a little during grinding. This surprised me because I thought they’d compress a bit. Figure that between 2/3 and ¾ of a cup of either of these nuts will become 1 cup
when ground.

These sound just dreadful, don’t they? But they’re in lots of your favorite processed foods, so how bad can they be? If you’re wondering what the heck they are, here’s the answer: They’re forms of water-soluble fiber, extracted and purified. Guar and xanthan are both flavorless white powders; their value to us is as low-carb thickeners.
Technically speaking, these are  thicker product, because in large quantities they make things gummy, and the texture is not terribly pleasant. But in these tiny quantities they add oomph to sauces and soups without using flour. You can always leave the guar or xanthan out if you can’t find it; you’ll just get a somewhat thinner result.
You’ll notice that I often tell you to put the guar or xanthan through the blender with whatever liquid it is that you’re using. This is because it is very difficult to simply whisk guar into a sauce and not get little gummy lumps in your finished sauce or soup, and the blender is the best way to thoroughly combine your ingredients.
If you don’t own or don’t want to use a blender, put your guar or xanthan in a salt shaker, and sprinkle it, bit by bit,over your sauce, stirring madly all the while with a whisk. The problem here,of course, is there’s no way to know exactly how much you’re using, so you’ll just have to stop when your dish reaches the degree of thickness you like. Still,this can be a useful trick.
Your natural food store may well be able to order guar or xanthan for you (I
slightly prefer xanthan, myself) if theydon’t have it on hand. You can also find
suppliers online. Keep either one in a jar with a tight lid, and it will never go bad.
I bought a pound of guar about 15 years ago, and it’s still going strong!

There are several brands of lowcarbohydrate bake mix on the market.These are generally a combination of some form of powdery protein and fiber,
such as soy, whey, and sometimes oat,plus baking powder, and sometimes salt. These mixes are the low-carb world’sequivalent of Bisquick, although they do not have shortening added. You will need to add butter, oil, or some other form of fat when using them to make pancakes, waffles, biscuits, and such. I mostly use low-carb bake mix in lesser quantities, for “flouring” chicken before baking or frying or replacing flour as a “binder” in a casserole. If you can’t find low-carbohydrate bake mix locally,there are many Web sites that sell it.

A handful of recipes in this book call for oat flour. Because of its high fiber content, oat flour has a lower usable carb count than most other flours. Even so, it must be used in very small quantities. Oat flour is available at natural food stores. In a pinch, you can grind up oatmeal in your blender or food processor.

This is another fiber product. It’s the same form of fiber that is used in Metamucil and similar products.
Because psyllium has little flavor of its own, it makes a useful high-fiber “filler” in some low-carb bread recipes. Look for plain psyllium husks at your natural food store. Mine carries them in bulk,quite cheaply, but if yours doesn’t, look for them among the laxatives and “colon health” products. (A brand called “Colon Cleanse” is widely available.)
Pumpkin Seed Meal
A few recipes in this book call for pumpkin seed meal—I started experimenting with it after getting a fair amount of e-mail from folks who
couldn’t make my baked goods because of an allergy to nuts, and I’ve found it works quite well. (If you’re allergic to nuts and want to make any of my recipes that call for almond meal, I’d try substituting pumpkin seed or sunflower
seed meal.)
It’s very easy to make pumpkin seed meal. Just buy raw shelled pumpkin seeds at your natural food store or at any market that caters to a MexicanAmerican population—sometimes they’ll be labeled “pepitas.” Then put
the pumpkin seeds in your food
processor and grind them with the Sblade until they reach a cornmeal consistency. That’s all. (Do not try this with the salted pumpkin seeds in the shell that are sold as snacks! You’ll get salty food with a texture like wood pulp.)
By the way, when I first published my recipe for Zucchini Bread, which calls for pumpkin seed meal, a few Lowcarbezine! readers wrote to tell me that their bread was tasty, but that it had come out green. I assume this is because of the green color of the seeds. I haven’t had this problem, but it’s harmless.

For savory recipes such as main dishes,you need a protein powder that isn’t sweet and preferably one that has noflavor at all. There are a number of these on the market, and some are blander than others. I tried several kinds, and I’ve found that rice protein powder is the one I like best. I buy Nutribiotics brand, which has 1 gram of carbohydrates per tablespoon, but any unflavored rice protein powder with a similar carb count should work fine. For that matter, I see no reason not to experiment with other unflavored protein powders, if you
like.

Also known as old-fashioned oatmeal, rolled oats are oat grains that have been squashed flat. These are available in every grocery store in the Western Hemisphere. Do not substitute instant or quick-cooking oatmeal.
Soy Powder, Soy Flour, and Soy Protein Isolate Some of my recipes call for soy powder.None call for soy flour. If you use soy flour in a recipe that calls for soypowder, you won’t get the results I got.You also won’t get the right results with soy protein powder, also known as soy protein isolate. What is the difference? Soy protein isolate is a protein that has been extracted from soybeans and concentrated into a protein powder. Soy flour is made from raw soybeans that have simply been ground up into flour,and it has a strong bean flavor. Soy powder, also known as soy milk powder, is made from whole soybeans, like soy flour, but the beans are cooked before they’re ground up. For some
reason I don’t pretend to understand, this gets rid of the strong flavor and makes soy powder taste quite mild. If your local natural food store doesn’t stock soy powder, they can no doubt order it for you; I recommend Fearn brand.You should be aware that despite the tremendous marketing buildup soy hasenjoyed for the past several years, there are some problems emerging. Soy is well known to interfere with thyroid function, which is the last thing you need if you’re trying to lose weight. It also can interfere with mineral absorption. It


is also less certain, but still possible, that regular consumption of soy causes brain deterioration and genital defects in boy babies born to mothers with soyheavy diets. For these reasons, although I do not shun soy entirely, I use other options when possible.

Gluten is a grain protein. It’s the gluten in flour that makes bread dough stretchy so that it will trap the gas released by the yeast, letting your bread rise. We are not, of course, going to use regular, allpurpose flour, with its high carbohydrate content. Fortunately, it is possible to buy concentrated wheat gluten. This highprotein, low-starch flour is absolutely essential to making low-carbohydrate
yeast breads.
Buying vital wheat gluten can be a problem, however, because the nomenclature is not standardized. Some packagers call this “vital wheat gluten” or “pure gluten flour,” whereas others simply call it “wheat gluten.” Still others call it “high-gluten flour.” This is a real poser, since the same name is frequently used for regular flour that has had extra gluten added to it; that product is
something you definitely do not want.
To make sure you’re getting the right product, you’ll simply have to read the label. The product you want, regardless of what the packager calls it, will have between 75 and 80 percent protein or about 24 grams in ¼ cup (30 g). It will
also have a very low carbohydrate count, somewhere in the neighborhood of 6 grams of carbohydrates in that same ¼ cup (30 g). If your natural food store has a bulk bin labeled “high-gluten flour” or “gluten flour” but there’s no nutrition label attached, ask to see the bulk food manager and request the information off of the sack the flour came in. If the label on the bin says “vital wheat gluten” or “pure gluten flour,” you can probably trust it.
At this writing, the most widely distributed brand of vital wheat gluten in
the United States is Bob’s Red Mill.
More and more grocery stores are beginning to carry this line of products.
If your grocery store doesn’t yet, you might request that they start.

A few of these recipes, particularly some of the baked goods, call for wheat protein isolate. This is just what it sounds like—it’s a protein powder made from wheat. It has a high gluten content but also contains other proteins found in wheat. Wheat protein isolate has very little flavor and very little carbohydrate —just 1.5 grams per cup. 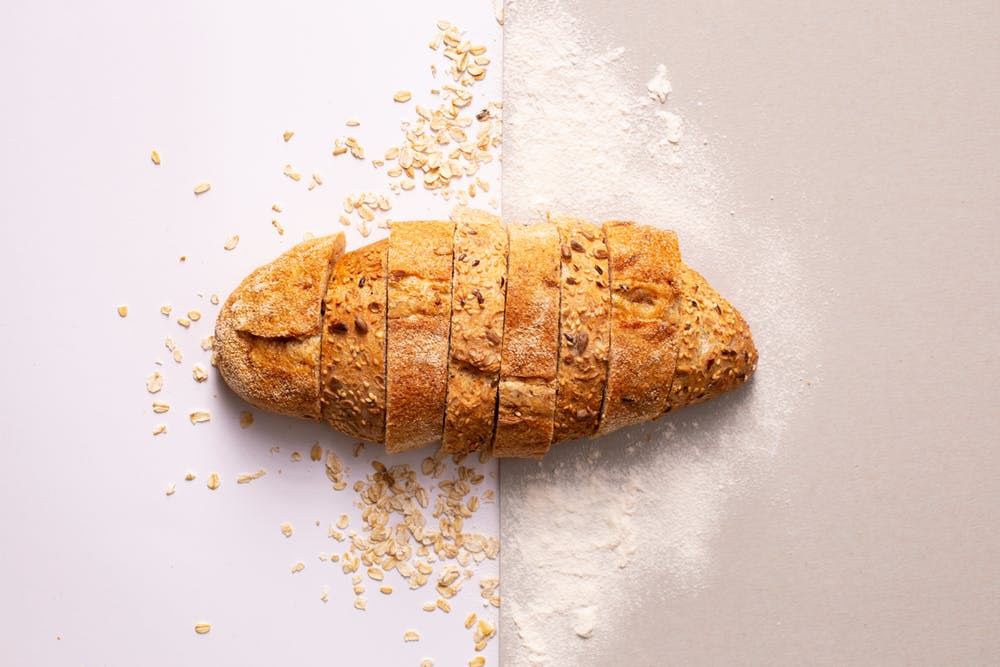 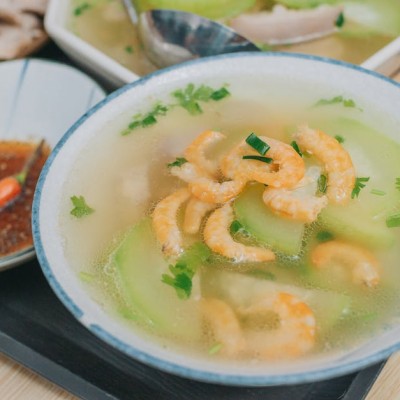 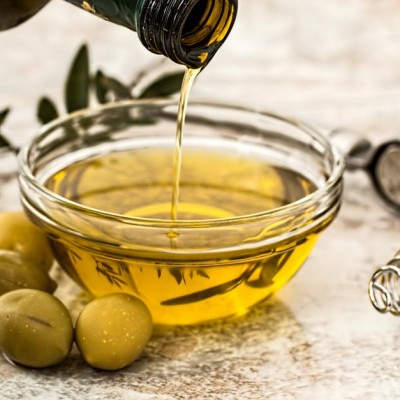 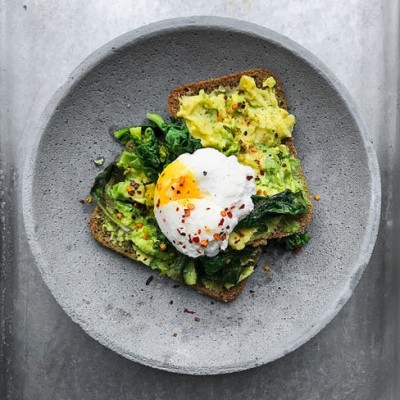 bodybuilding 5 mistakes not to commit

Goalkeepers,Defenders and the Ballon d'Or