Advertisement
The 33-year old  wants to continue his trend of bringing his former Manchester City teammates to Anderlecht by signing Eliaquim Mangala on a free transfer after nassri.
After leaving Man City following, Kompany announced his return to his origin club back in Belgium as a player-manager.
Vincent kompany is using his connections wisely, having drafted in former colleague Samir Nasri on a free and 22-year old Dutch centre-back Philippe Sandler on loan.

Anderlecht are eyeing a move for Eliaquim Mangala for free. Vincent Kompany is of the opinion that Mangala would be a serious added value for his team.

It is not yet known whether Mangala sees a return to Belgium.

How Premier League titles are celebrated in 2018. pic.twitter.com/BcF807NFQl

And fresh reports say that Kompany wants to be reunited with his former defensive partner Mangala, who is surplus to requirements at City.
Eliaquim Mangala  signed a one-year contract extension at the City in March so that City could get a transfer fee for him but a few months on and the Premier League champions are now willing to let him go for nothing to get him off the books.
vincent feels as though the Eliaquim Mangala can be a useful player if he was return to Belgium, where he played for Standard Liege for three years prior to joining Porto in 2011.
The french international joined City for a whopping £42 million back in 2014 and it was hoped that he could become Kompany's regular partner in the City backline. 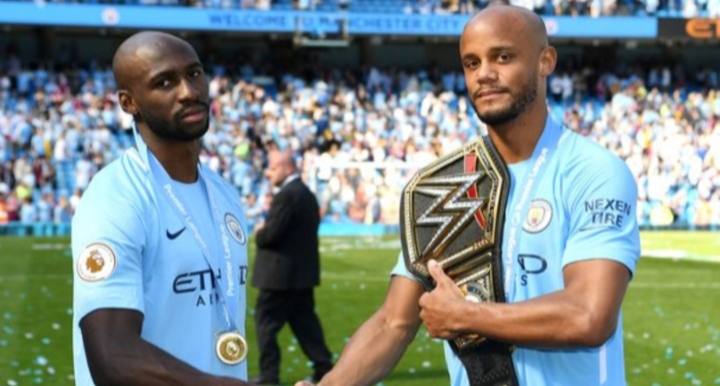 Barcelona receive two goals for the first half time