Zlatan will not only honor his initial deal with Los Angeles Galaxy. He will get a better one.

next season, and he will do so with a much-deserved wage increase, since the player's status will change from a Targeted Allocation Money transfer to occupy one of the three Designated Player spots owned by the club.

In a press release, newly-appointed GM Dennis Te Kloese revealed details of the negotation with the Swedish ace, who was linked with a return to European football prior to announcing this deal.

"We are very pleased to sign Zlatan to a new contract that will see him return for the 2019 season. He showed his value last season and we look forward to him representing our club next year. With Zlatan returning, we will continue to improve our team in advance of the season," Te Kloese indicated.

Ibrahimovic had a huge impact in the team's performance last season, scoring 22 goals and handing out 10 assists, which were good enough to see him finish third in the MVP race. However, the team's lack of consistency saw them miss out on the Playoffs.

With this announcement, the LA-based side will have to change the status of one of their three Designated Players. Before today, Romain Alessandrini, Jonathan Dos Santos and Giovani Dos Santos owned those spots, but one of them will have to re-adjust his deal if they want to keep playing for the most successful team in MLS history.

The highest-paid Designated Player of all time in the MLS was none other than Kaká, who collected over $7.5M during his time at Orlando City. The amount of money being paid to Zlatan from now on will be determined by how much money there's left in the team's salary cap. 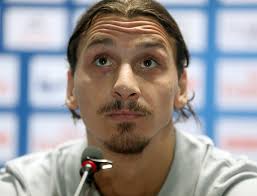