Ole's excuse for not buying a quality midfielder. Then Pogba leaves on deadline day. #GlazersOut

1 week later.. Manchester United agree deal on the sale of Pogba to Real Madrid for 100mil 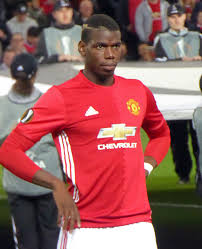 I Was Kidnapped And Rejected For Being Skinny - Olayinka