The best strickers in africa

4 time Best player in africa.
International Honours
A crucial part of the great Cameroon side so heavily represented within this list, Eto’o won two Cup of Nations tournaments, Olympic gold and represented the Indomitable Lions in three World Cups.
He has also made significant triumphs to the national side’s African outings, being the top scorer in both the 2006 and 2008 editions of the tournament.
Eto'o remains Cameroon’s all-time scorer and is the all-time scorer in Cup of Nations history.
Club Honours
3 Champions Leagues with Barcelona (2005-2009) and 1 with inter milan club (2010) among African players.

win the Ballon d'or the award in 1995.
2 time best player in africa.
2 Serie A with Ac milan.
1 FA Cup winner in England with Chelsea
1 champion with Paris Saint-Germain.

3 africa cup nations
6. Abedi Pele
3 time African Footballer of the Year
won the Cup of Nations with Ghana in 1982
1 champions league with OM

Okocha won Olympic gold as part of the talented Nigerian

1 cup africa nation
1 champions lague with porto
9. Mustapha Hadji
2 World Cups qualified with the Moroccan
He won the FA Cup with Aston Villa, the Portuguese Cup with Sporting and Ligue 2 with Nancy. 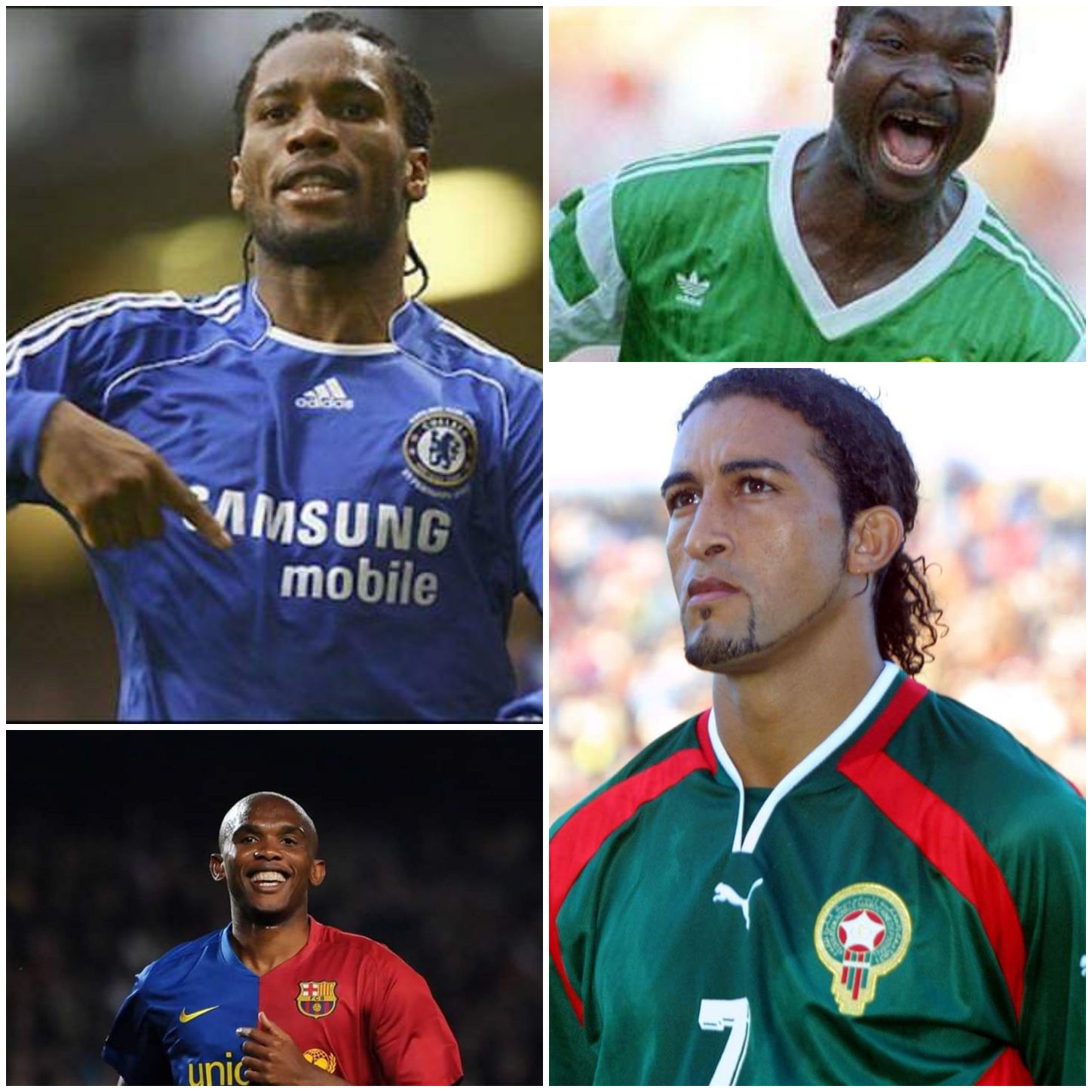